You are here: Home / Online Infidelity 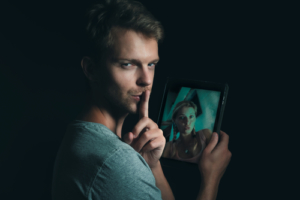 The reality today is that the computer has become an integrated part of most people’s life. We use them for work, play, shopping and when researching something like the possibility of hiring a private investigator. The same is true for cheaters. They send an email to the “other” person, they look at websites about sexual performance, weight loss, online infidelity, how not to get caught, etc. etc. In a growing number of cases, people are meeting and developing relationships online. They are in chat rooms having online conversations, posting messages to discussion bulletin boards and visiting websites to meet people. Frequently these relationships grow from a cyber-affair into a real-world relationship. These can grow into regular emailing and instant messaging about how they feel toward one another and what they are up to. Accordingly, the computer can be a treasure chest of information that can help a spouse or loved one who is looking to know what’s going on.

Search Your Computer For Evidence of On-Line Infidelity

Some Interesting Statistics About “Online” Activity

Why An Internet Relationship And Online Infidelity?

As private investigators, we get asked this question frequently. In our experience, it seems that the internet is safer and easier to meet people in than the real world is. Online, you can be the person you want to be. Maybe better looking, richer, happier, etc., etc. and it’s safe to be that person. Mike, who was a mechanic in the Navy ten years ago in real life becomes Mike the former “Navy Seal” online. Michelle, whose college roommate became a model in the real world “does some modeling” when chatting with her friends in cyberspace. You can type things on the internet that you would never say in the real world. In short, it gives people a place to fill a lagging self-esteem or to compensate for the shortcomings of their real life.

Once you “meet” someone online who sounds exciting, sexy and interesting, you spend time learning about them and fantasizing about how they look, how well they relate to you, etc. As the “relationship” goes on, the two get to know each other better and the real world begins to enter the conversations. Trust develops because this is the person “you relate to” and it builds up as more time goes by. It then gets to the point where they begin to be even more honest, sometimes totally honest, and an internet affair becomes a real relationship or affair outside of cyberspace.

Does It Really Happen?

Absolutely. Too many of our clients consult with us and state their disbelief that their loved one would be trolling for sex on the internet or having an online affair. The reality is that, like affairs at school, work, church, the health club or any other social environment, it usually happens quite innocently and grows. People go online and get to know one another in this safe internet world and slowly it progresses into cybersex and or a real-life relationship. Do not underestimate this format for people meeting and growing close on the internet. Internet affairs happen daily, in every town across the country.

There are also those who are not looking for a boost in their self-esteem or have a relationship, rather they simply want sex with someone they don’t know. In some cases, cybersex fills this need. This sub-culture is comprised of men and women who use the computer to meet other people who want commitment-free sex. They are attracted to the excitement of the affair. They like to type stories about fantasy and sex. They look for others who share this desire. It is important not to stereotype these folks. They are not just “stripers” or the “dirty old man” wearing a trench coat. This is your neighbor, the soccer mom, the teller at the bank, your accountant and potentially your partner. This group uses the computer the same way those looking for true love do. They visit certain sites, e-mail, chat, and instant message.

According to Nielsen Net ratings, 17.5 million users visited Internet pornography sites from their homes in one month. It’s a growing trend that has many people worrying about their relationships. So is it normal, or is it cheating?

Here’s what Dr. Phil McGraw has to say:

“If you’re looking at Internet pornography, you need to determine if you have a problem.

Ask yourself these two questions:

Your answers to those questions should give you an idea of whether you have a problem. You should also consider how your behavior affects the people around you. You might say that looking at pornography online is harmless, but it could have a negative emotional effect on the people you love.

Online Infidelity And Cyber Affairs In The News

NEW YORK — Adultery was once kept a secret. Not online.

The Internet dating (search) craze is blazing a trail of broken marriages, thanks to dozens of sites inviting participants to identify themselves as “not so happily married,” “married but that shouldn’t matter” or even the seemingly archaic, “married but we swing.”

Studies show some 30 percent of online dating visitors are married — and recent research by the University of Florida (search) reports that what starts out as flirting and cybersex quickly escalates into the real thing.

The Internet became an easy escape for “Barbara,” a 43-year-old married New Yorker who dated about 60 men in three years until she met Steve, who’s also married — but now sneaking around with Barbara.

“We see each other once or twice a week,” she says. “We have a lot in common, have a great time together and the sex is phenomenal.”

She says a cold husband sent her surfing for more. “There was no warmth or any physical affection,” she says glumly.

She tried cajoling her husband into seeing a marriage counselor, but after only one visit, he refused to return. She didn’t want a divorce because of their 7-year-old daughter, so she posted an ad online.

“I’m not interested in jeopardizing my marriage or anyone else’s,” she said. “I just wanted to find someone special I could click with.”

Other women interviewed say they’ve been searching for deeper emotional relationships than their husbands are able to give — but aren’t ready to leave.

“I guess the sex just isn’t what it used to be when we first met,” says Nicole, 28, a married New Yorker who’s listed her profile online. “I miss the feeling of sex being new and exciting. It’s addicting.”

Addiction is something that Chris Samuels, the co-director of a sexual addiction treatment center, understands all too well. She has treated many married and unmarried patients who’ve gotten caught up in Internet lust.

“Its power is almost trance-inducing,” she says. “You can troll these sites and have a fantasy ready and waiting. Cybersex can provide a quick and powerful high. It’s like crack cocaine to sex addicts.”

Alfred, 49, is a self-described Internet Lothario who says he’s been “swinging” for 23 years.

Before going online, he would post ads in “swinger magazines,” sometimes waiting two to four months to set up a first meeting.

Now his desires can be gratified almost instantly by posting ads on the Internet.

“While I’m open to a relationship, I’d prefer someone I can meet for no-strings mutual sexual pleasure on a continuing basis,” he says.

He usually hooks up with married women but says there are plenty of singles who don’t mind that he’s already spoken for.

Unfortunately, while these spouses are sowing their wild oats, there’s likely to be someone at home who’s getting hurt.

John LaSage, 43, from California, could attest to that — his wife left him and his two teenage daughters to take off with an Internet boyfriend.

The experience led him to create chatcheaters.com — a Web site designed to help dissuade potential cheaters and to comfort those who’ve been hurt by them.

“Chatting is OK, cheating is not,” says LaSage.

“People should realize how quickly relationships can form online. Flirting can lead to real-world affairs.”

If you suspect your spouse of having an online affair, “Bring the issue out into the open,” he says.

“Look out for the warning signs” — like excessive Internet use, new email accounts, turning off the computer when you walk in the room.

Pepper Schwartz, a professor of sociology at the University of Washington and the relationships expert for online dating site Perfectmatch.com, says married men are much more likely to say they’re just looking for sex than married women, but ultimately the search is about loneliness.

“… It’s about gratification,” she said. “They want someone to find them attractive, someone to want them passionately.”

But not every married person who’s gone the online route has found the affair of their dreams.

Wayne, a 49-year-old man from New Jersey, complains that his inbox is usually cluttered with undesirable partners and a fair share of transsexuals and cross-dressers.

But that may be just the ticket for 34-year-old “Rockerdude” of New York City, who advertises online that he’s hoping to make sweet music with men, women — and anything in between.

“Yes, I am married, but we have a very liberal, open-minded relationship,” he writes.

With additional reporting by Michael Shashoua